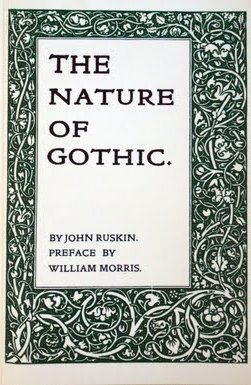 The Nature of Gothic, by John Ruskin; printed by the Kelmscott Press 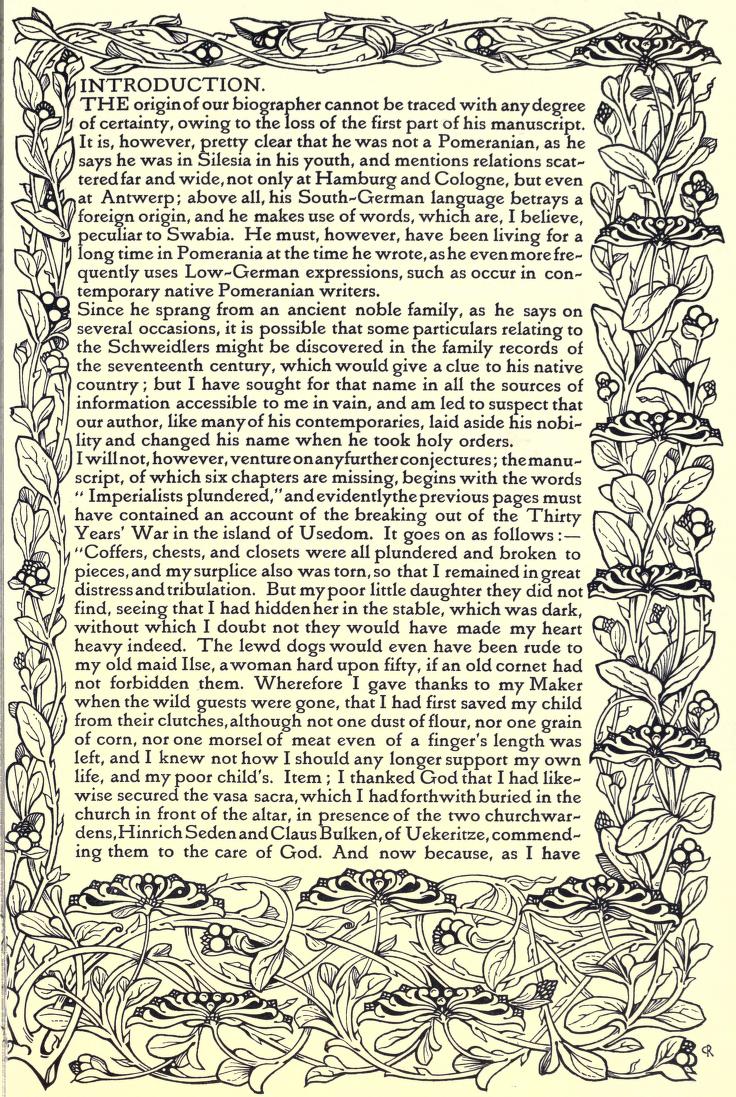 Mary Schweidler, the Amber Witch: the most interesting trial for witchcraft ever known; printed by the Vale Press 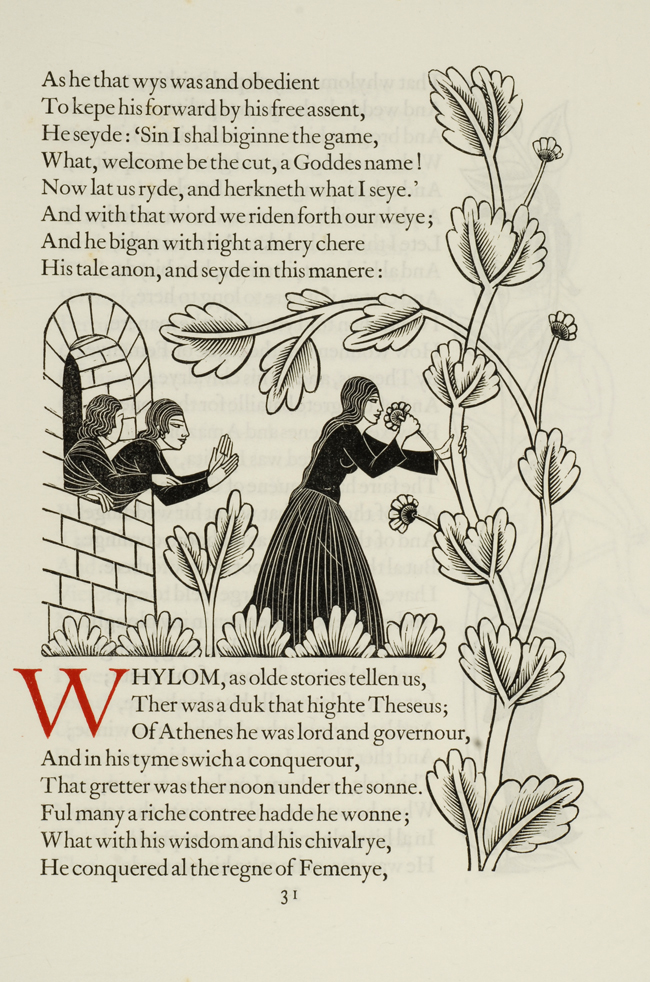 The Canterbury Tales, by Geoffrey Chaucer, with wood engravings by Eric Gill; printed by the Golden Cockerel Press

Kelmscott Press (1891-1898), established by William Morris in London, was the culmination of Morris's life as a craftsman in many fields. The books were medieval in design, a reaction to mass production brought on by the Industrial Revolution. Aligned with the Arts & Crafts Movement, Kelmscott Press was about pride of craftsmanship, and it was extremely influential in the fine printing revival that happened in the late 19th and early 20th century. Kelmscott’s Chaucer is considered one of the most important books ever printed, due to its overall production quality and the influence it had on book design.

Eragny Press (1894-1914), founded in London by Lucien Pissarro (son of French Impressionist painter Camille Pissarro) and his wife Esther. The smallest of the important presses that constitute the revivalist printing movement in Britain.

Ashendene Press (1895-1935), founded by Charles Henry St John Hornby, who was friends with, and inspired by, William Morris.

Doves Press (1900-1917), founded by T. J. Cobden Sanderson in London, another major contributor to the Arts & Crafts movement. Like the Kelmscott Press, Doves created its own type based on designs from the 1470s. Upon closing of the press, Sanderson threw his unique type into the River Thames. The Doves Bible is regarded as another landmark of fine printing.

Cuala Press (1908-1946), founded by Elizabeth Yeats, sister of Irish poet W.B.Yeats. Elizabeth was also inspired by William Morris, having been part of his circle in London. The Cuala Press was the first fine press ran and staffed by women, and to publish only new works rather than established classics.

England: After World War I

Golden Cockerel Press (1920-1961), founded by Harold (Hal) Taylor, his wife and two of her female friends, directly inspired by the Cuala Press. After Taylor died of tuberculosis in 1925, wood engraver Robert Gibbings and his wife Moira took over, and, with artist and font designer Eric Gill as a frequent contributor, the press flourished. The Golden Cockerel Press was credited with having revived the British tradition of wood engraving.

Gregynog Press (1922-1940), founded by sisters Gwendoline and Margaret Davies and established at their house in rural Wales. The Press gained a reputation for producing limited edition books of the highest order and ranked alongside the leading private presses of the day.

Nonesuch Press (1922-mid 1960s), started in London by Francis Meynell, his wife Vera Mendel, and David Garnett. Unusual among private presses of the time in that its books were printed by commercial printers in order to produce works with fine press quality but available to a wider audience at lower prices. In a break from the Arts & Crafts philosophy, Meynell believed that "mechanical means could be made to serve fine ends."